Thierry Col takes over as new CEO of basecamp vascular bcv as of February 1st, 2023 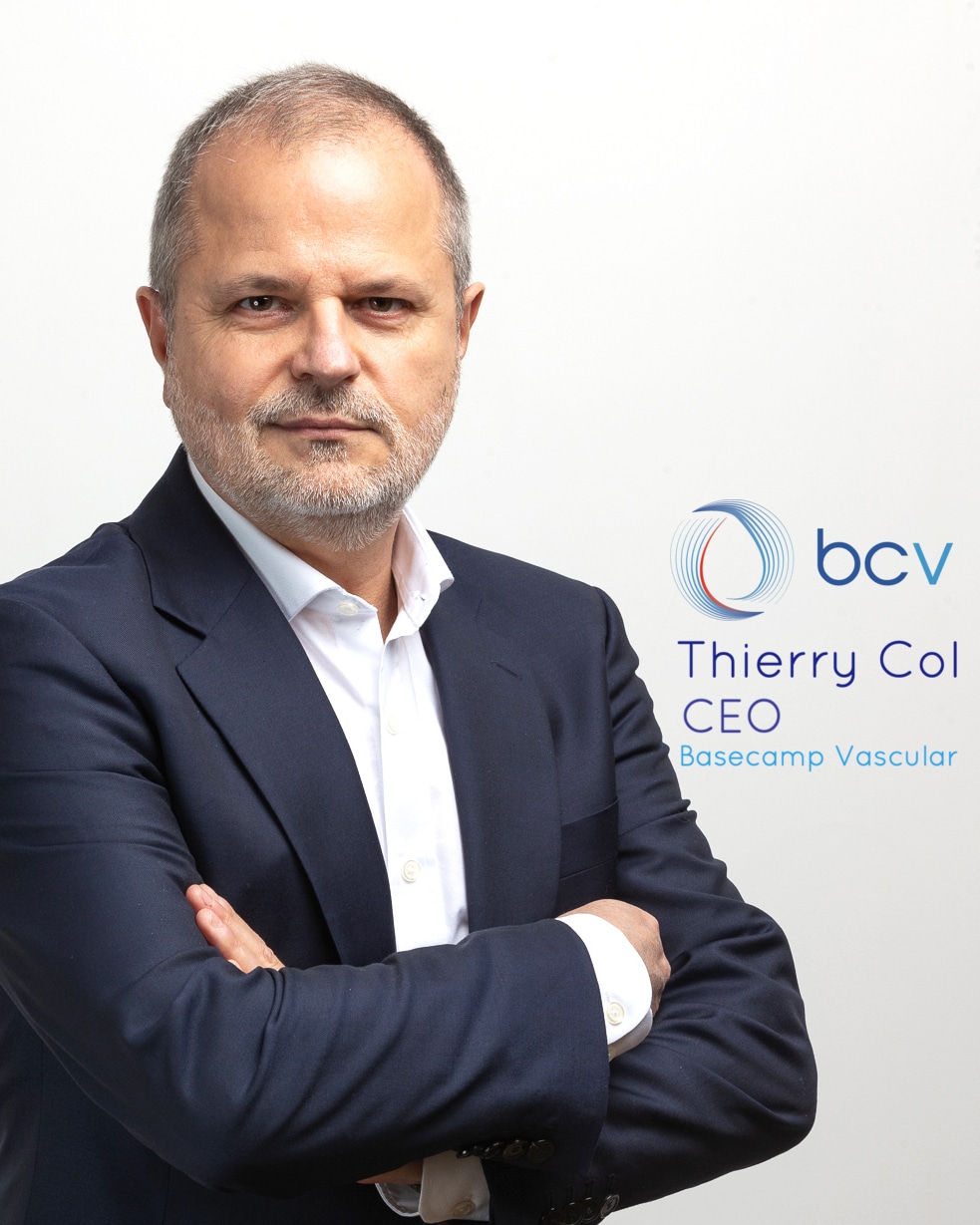 [PARIS, FRANCE – January 19th 2023] We are pleased to announce the appointment of Thierry Col as CEO of Basecamp Vascular – bcv, effective February 1st, 2023.

He succeeds Raphaël Blanc, Co-founder and President, who has held this role since the creation of Basecamp Vascular in 2016.

Raphaël Blanc will continue as President of BCV in order to bring the startup, of which he is one of the 4 co-founders (with Jean-Baptiste Cazeneuve, Michel Boulaire & Jérôme Szewczyk), to a crucial phase of its development.

Raphaël Blanc, a renowned interventional neuroradiologist who created Basecamp Vascular and its active endovascular navigation system based on mechatronics is handing over the operational part of the company to Thierry Col, the new CEO.

Thierry Col’s career has spanned several continents (Europe, Middle East, Africa, Asia and the United States), in a variety of fields, from high tech to healthcare, including more than 20 years of experience in mature and emerging international MedTech markets (most recently at Corza Medical, previously at Peters Surgical).

This new project, which he describes as a Human adventure as well as an entrepreneurial experience, is for him rich in meaning and testifies to the importance he attaches to people (what he likes most of all is managing his teams).

His meeting with the co-founders of Basecamp Vascular, at a time when he was not in the mood for a new professional challenge, was decisive: the possibility of putting the fruits of his career to good use in the service of an innovative medical device whose primary target is stroke did the rest.

Both a strategist and a man of the field, Thierry is insatiably curious: his passion for photography speaks volumes about his personality and his approach to prospects.

Thierry Col joins the Basecamp Vascular team, where he will actively take care of its fund raising, the CE marking of its first generation device, its international expansion (including the FDA for the US), its industrialization and its R&D through the Gecko+ project.